Amsterdam culture is tolerant, direct and innovative. The city has many influences from both Europe and other continents and you really notice this in day to day life. Amsterdam’s slogan is “Heldhaftig, Vastberaden, Barmhartig” which translates to “Heroic, Determined, Merciful”. This embodies the Amsterdam spirit surprisingly well. 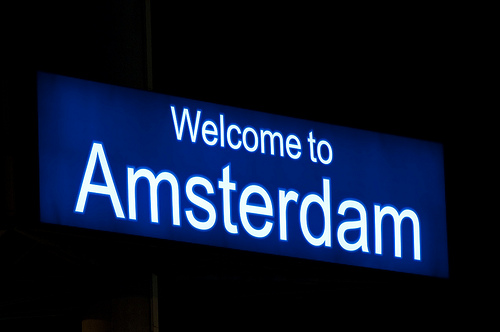 Do watch yourself when you’re walking the street, there are many bike paths in Amsterdam that might confuse you and Amsterdammers on a bike are not always polite

Do maintain an open mind to anything Amsterdam has to offer, after all you knew of the tolerant nature of the city before you came

The people in Amsterdam are very inviting and friendly in general. The city is historically known for being one of the last places the damned in Europe could go to and live in peace. You really see that today as well. The culture in Amsterdam is much more relaxed and friendlier than in other big cities of comparable size. Try not to go to the big bars on the squares itself. These are usually very tourist orientated and therefore less of a typical Amsterdam culture experience. You better go to one of the Amsterdam bars in the “Brown Cafe” category. These are bars with nice Amsterdam music, bitterballs and a good couple of locals who hang out and discuss their daily life. Tipping is not mandatory but more or less the norm. A normal tip in a bar in Amsterdam is around 15-20%.

The restaurants in Amsterdam are very diverse. Culturally speaking you will have a hard time to find typical Dutch cuisine. That said every other cuisine in the world is well represented. The atmosphere in most Amsterdam restaurants is very relaxed and probably not as formal as restaurants in other European countries. Tipping is not mandatory but it would be an insult not to do so without reason. A normal tip in a restaurant in Amsterdam is around 20%. One of the unique and perhaps most talked about part of Amsterdam culture are the coffeeshops. A coffeeshop is a bar where you can buy and smoke weed. The best have more than 10 flavors of both weed and hash on offer. There is a whole culture built around these unique retailers in Amsterdam. You can buy 5 grams in total per person. The atmosphere in coffeeshops is very easy going. When you go get ready to smooth on out and not cause a fuss or talk very loud.

Dutch people are the tallest people in the world. Men average 184 cm and women average 170 cm.

Amsterdam was once the economic capital of the world. This was in The Netherlands’ “Golden Century”, when the Dutch ruled the oceans and the small country had colonies all over the world.

Before carrots were orange, they were white, yellow, black and some other colors. The orange carrot was invented in The Netherlands and bred in honor of the House of Orange.

Dutch people are the 3rd best English speakers in countries where it’s not the native language.

There are 8 windmills in Amsterdam. 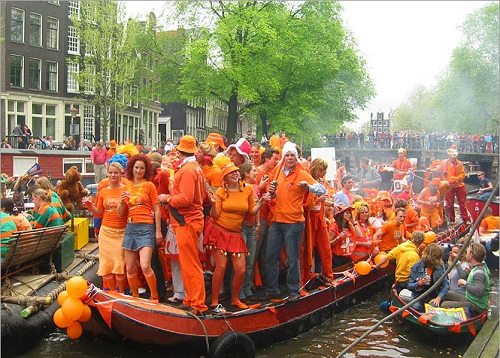